Damon Albarn is one of the most dynamic and prolific artists of the last 25 years. He may best be known for his two major bands, Blur and Gorillaz, but Albarn has tackled many adventures, some of whom have taken him all over the world, and us along with him. Each album he’s crafted or co-crafted has been strikingly unique, and here is a definitive ranking of all of his major releases starting from Blur’s inception all the way to present day.

Gorillaz’ The Fall is hardly a failure, it’s just hard to fit it into the same mold as their other albums. The record is more of an experiment, or rather a spontaneously generated project that embraced modern technology head-on. The music was never designed to be thought-out or elaborate, and that certainly adds a layer of endearment to it, but The Fall still has an air of expectation around it that was never going to be fulfilled. In the end, it’s just nice that it exists.

Africa Express’ Maison Des Jeunes is a “behind-the-scenes” Damon Albarn project. Acting more as a curator and producer, the album features a number of African musicians working in conjunction with western artists, an idea Damon has carried out himself a number of times. The music is wonderful, although the concept is a bit tired by the time of release. Still, his relentlessness to expand his musical horizons comes radiating through the project like its a true labor of love. 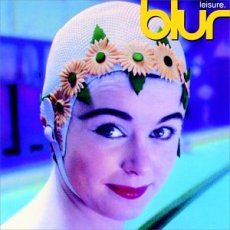 There’s nothing particularly wrong with Leisure, Blur’s debut LP, at all. In fact, for a first effort, it’s quite phenomenal, but look at where Damon Albarn went from here. He essentially pioneered a genre, became the biggest frontman in the UK, and subsequently the world. Leisure, by comparison, comes off as meek and unsure, two words seldom associated with the name “Damon Albarn.” Some of the tunes are classics, others just sound like precursors. 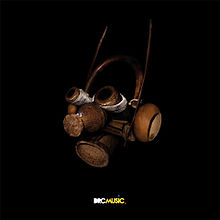 DRC Music is a collective, of sorts, bringing together various producers and musicians all aiming to bringing Congolese musicians into consciousness; Damon obviously is the mastermind. The group’s lone-release Kinshasa One Two sees Albarn sit comfortably in his directors chair, mostly handling production and instrumental duties, but his presence is audible. Releases like this truly are a necessary “yin” to Damon’s more commercial “yang.”

Blur’s fifth LP, The Great Escape, has just as many triumphs as it does shortcomings. Following an album like Parklife was never going to be easy, but the record feels a little to eager to follow in its footsteps; the title is almost comically contradictory. Still, there are plenty of highlights, and its commercial-viability was a necessary evil in order for the group to abandon their sound all together and crank out some stellar records. The Great Escape is just a tad over-zealous.

For a guy who is often credited with establishing BritPop, Damon Albarn has been undeniably intent to learning about music from all over the world and folding that into his own sound. Mali Music was really his first release of this variety, and despite Damon’s countless liberties and overdubs, it feels astoundingly authentic. Featuring a number of Malian musicians, Albarn and company truly made a noteworthy record here, even if it has hardly ever been noted.

Think Tank is a unique facet to Damon Albarn’s lineage. Not only is it the only Blur album released as a trio, but it’s sandwiched in between a number of other projects giving it a somewhat strange context. It’s clear that he was not as focused on Blur anymore, and it’s also clear that Blur was hardly the same band we’d grown accustomed to, but the record comes out sounding pretty incredible in the end. Think Tank is dynamic, worldly, and undeniably beautiful.

13. JOURNEY TO THE WEST
Monkey 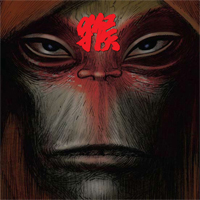 Journey To The West is an achievement for Damon Albarn as a composer. The album, credited to “Monkey,” acts as a soundtrack to the stage musical Monkey Journey To The West, and fuzes together modern electronic with traditional Chinese music. The release is more of a thinking piece than anything else and there aren’t many stand-alone tracks to pluck out, but it acts as an important shift for how we view Albarn as an artist beyond his various other projects.

The soundtrack to Damon’s stage opera, Dr. Dee, is an interesting release. It reads almost more like a concept album than a soundtrack, but there is a clear narrative. His delivery feels halfway between a troubadour and a rock star, and while the songs are stinkingly beautiful and haunting, Damon’s presence steals the show. It feels familiar, even though everything is stripped down to basics and melody has become far more fluid than before. 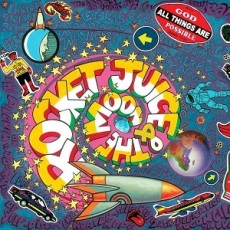 One of Damon’s more unique projects, Rocket Juice & The Moon is a supergroup also featuring Flea and Tony Allen. Their lone release, a self-titled album, tackles neo-soul, jazz, and funk, and even features the likes of Erykah Badu on several tracks. While it clearly stands out as one of the most unique facets to his catalog, the album is really quite brilliant, if even just to expand his range even further.

While Gorillaz’ third album fails to live up to the ingenuity of their first and the hype of their second,  it might just be their most forward-thinking work. Plastic Beach, like its predecessors, is highly collaborative and musically varied, but it doesn’t attempt to reinvent the wheel. Instead, Damon takes even more liberties with his ideas and juxtapositions. Plastic Beach was never designed to be instant, but it certainly continues to be compelling and enjoyable.

While Blur has been teasing us with bouts of reunions for years (a concert here, a single there,) the idea of a full-fledged album project felt like a fantasy; then they dropped The Magic Whip. While most of the album’s excitement stemmed from the reunion, it’s quite brilliant as a musical work. Even with the other three member’s vital contributions, this record is proof that Damon Albarn never run out of ideas, even within his various bands and projects.

13 has always felt like a transition, if not a finale, of sorts. Until their unexpected 2015 LP, this was the last proper Blur album with all four members, and the last record they released before Damon really ventured out. The music is indicative of all these things, possibly only in hindsight, but there is something particularly magical about it. While the tracks feel intentionally disjointed and linear, Damon Albarn’s heart and soul have never been more exposed, even today. 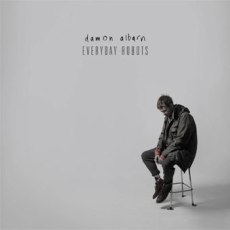 Despite all of his various projects, Everyday Robots is the true solo album Damon Albarn has ever released. The record’s focus is far less uniqueness or innovation, but reflectiveness and earnestness. He doesn’t try to cater to any particular sect of Albarn-fan, but to the ones who have kind of just enjoyed it all along the way. Without all of the added ingredients, the music remains quite beautiful, exemplifying the “je ne sais quoi” that has kept us engaged with him for years.

Gorillaz is kind of a strange concept for a band, but the music has undeniably saved it from becoming a dreaded novelty a la The Archies. The “group’s” self-titled debut is a mosaic of various sounds, covering everything from dance to hip hop to rock, almost like an audible indulgence of Damon’s musical temptations often thwarted within Blur. Gorillaz continues to feel more and more like a triumph as time goes on and the ideas have been given time to marinate.

Blur’s self-titled fifth album was reactionary, abrupt, and completely necessary. Abandoning their distinctive BritPop sound for something more lo-fi and grunge, this was an important step for the band. The music is undeniably different from their previous works, but Damon’s inherent ability to craft a memorable, catchy song is noticeably inescapable. It’s difficult to imagine the trajectory of his musical endeavors without the risks he took on this record. 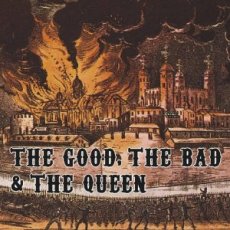 This project feels like a fleeting moment of greatness. The Good, The Bad & The Queen was a short-lived supergroup that also featured Paul Simonon, Simon Tong, Tony Allen, and production from Danger Mouse, and their lone album is remarkable. The record feels born out of the ashes of Blur’s Modern Life Is Rubbish, but exemplifies Damon’s growth as artist in the meantime. This is easily one of his most under-appreciated project, but undeniably one of his greatest.

Demon Days is a climactic moment of sorts for Damon. For the first time, there was no ping-pong match between his major projects, and the album feels far more freeing than it does rebellious as a result. He has an omnipresence throughout the record that sets him at the forefront without detracting attention from the eccelectic guest list that includes the likes of Shaun Ryder, De La Soul, and Dennis Hopper. Demon Days is exhilarating, pensive, and inexplicably fun.

It goes without saying that Parklife is Blur’s most iconic work. It took the band from alternative to pop in the blink of an eye, and remains one of the UK’s most precious musical jewels. Despite building off the ideas of its predecessor, the record still feels plucked out of thin air, almost in a cosmic sense. At the center of its innate ingenuity is Damon Albarn’s fearless songwriting. Unlike most legendary songwriters, he doesn’t encourage us to think; he’s done the thinking for us.

Damon Albarn’s greatest legacy will always be BritPop, and Blur’s Modern Life Is Rubbish will always be looked back on as the genre’s Big Bang. It didn’t have to be a massive seller or produce a big hit to have an impact, and much of that stems from Damon’s fearlessness as a songwriter. Every facet of Modern Life is equally as honest as it is whimsical, equally as compelling as it is mundane, equally as straightforward as it is imaginative, and, most importantly, equally as distinctly British as it is universal. For the band, this was their catalyst into greatness. For Damon Albarn, this was his breakout as an artist.