SONG OF THE YEAR

There’s really only one deserving winner in this category, and it’s “Royals.” Yes, in second place would have to be “Locked Out Of Heaven,” but for this category (a songwriter’s category,) it’s a distant second. “Royals” is the only song with any sort of songwriting merit, and is actually the only deserving nominee, period. 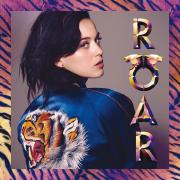 All of the other 4 nominees really shouldn’t, but particularly “Roar,” which has (somehow) won enough critics over to actually be considered a “good” song, let alone one of the songs of the year. “Just Give Me A Reason” is a decent enough song, but hardly noteworthy enough to warrant a nod in this category, and there’s a similar sentiment around “Same Love.“

It pains me to say it, but I think this is Katy Perry’s year. I just can’t really fathom them giving the award away to anyone but her, unfortunately. In second place, would have to be “Same Love,“ followed by “Locked Out Of Heaven.” The dark horse here is clearly, “Royals,” but I’m keeping my fingers crossed!

CHECK OUT THE NOMINEES: