ALBUM OF THE YEAR

This one is honestly a no-brainer. You have to give this award to Daft Punk for their flawless Random Access Memories. It was far and away the biggest musical moment from every aspect over the past year, and it would be a sincere injustice not to award them for it. In second place would have to be Kendrick Lamar’s fantastic Good Kid, M.A.A.D. City. The album certainly deserves the honor, but still comes short of actually deserving to overtake Daft Punk. 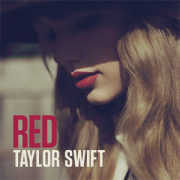 All of the other three nominees are abysmal at best. Taylor Swift doesn’t need to be nominated for big awards for everything she does. Red is a mediocre album at best with no real merit to be nominated for Album of the Year. Additionally, the increasingly annoying Macklemore & Ryan Lewis’ The Heist is just another clear sign that the Grammys feel they need to buy into popularity just to get ratings. This is by no means a deserving album. Finally, Sara Bareilles’ The Blessed Unrest is harmless, but a genuine head-scratcher. If this wins, there’s got to be some sort of payola going on.

Once again, I think Daft Punk gets the victory here. Even Kendrick would be a shocker to overtake them. I just can’t fathom any of the other three being given that kind of attention, but stranger things have absolutely happened!

CHECK OUT THE NOMINEES: