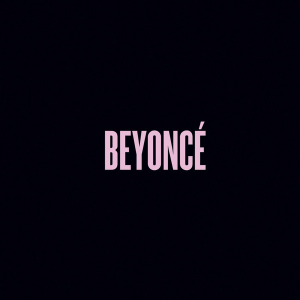 Until December 13th, we all thought that 2013 was a wrap, musically speaking. Little did we know that Beyoncé had been stealthily planning to rock our worlds by unexpectedly dropping a new album without the slightest hint or warning. This sneak-attack bomb drop was so explosive that the world literally stopped for a day as everyone did their best to comprehend what was actually going on and pick up the pieces of our recently blown minds. There are so many noteworthy aspects of Beyoncé that, sound-unheard, it’s already one of the most significant records of the decade. First and foremost, this is a “visual album” containing 14 tracks and 17 music videos. The fact that Bey was able to not only create and release an entire LP without even a snippet or a tracklist leaking is a feat in itself, but simultaneously filming a music video for each track without anyone catching on is borderline doing the impossible. Secondly, all of the songs that she’s been previewing, including “Grown Woman” (which only appears in visual form as a “bonus video,”) are noticeably absent, and in their place are 14 brand new, completely unheard pieces. Additionally, and possibly even most audaciously, there were no singles preceding the project, a risky move that Kanye West tested out earlier this year to much success.

So yes, it’s clear from the start that Beyoncé is a different album on many levels, but, at the end of the day, all of the external aspects, including the videos, don’t mean anything if the music isn’t any good. Outside of any residual “do’s and don’t’s” from her last studio album, 4, released in 2011, there were implicitly no real expectations from this unexpected project, and she plays into that in a big way. The self-titled is easily her most experimental to date, featuring unconventional, often elongated alternative R&B tunes that don’t resemble anything on top-40 at the moment, but are conceivable potential hits. She pulls it off with such poise, charisma, and confidence that, even after the first listen, you can’t help but be floored by its quality. Unlike the hyped and heavily promoted albums from the likes of Katy Perry, Lady Gaga, Britney Spears, and Miley Cyrus, Beyoncé is far less a compilation of individual songs than an intricate, cohesive collection of music. She still exemplifies her range and diversity as an artist, but it all comes together so flawlessly that this feels like a well thought-out studio album, which is, unfortunately, a rare occurrence these days. Thus, it’s almost impossible to comprehend the album on a track-by-track basis.

Honestly, Mrs. Carter was able to craft such a compelling and thought-provoking record by brilliantly building a team of collaborators that were destined to elevate the caliber. She brings Sia on board to co-write and co-producer the stunning opener, “Pretty Hurts,” while Justin Timberlake was involved in one of the upcoming lead singles, “Blow,” a funky, danceable tour de force that will sit comfortably alongside some of Bey’s greatest pop hits. Other collaborators include Drake who co-stars on “Mine” and Frank Ocean who helps out on “Superpower,” but it’s when her family steps in to lend a hand that the magic really happens. Most strikingly, her 2 year old daughter, Blue Ivy, receives a featured credit on the beautiful closer, “Blue,” which acts as a touching wrap-up to an otherwise intense record. However, the true highlight of Beyoncé has got to be “Drunk In Love,” featuring none other than her hit-making hubby Jay-Z. It’s by no means a redux of the similarly-titled “Crazy In Love,” the song that put Bey on the map as a solo artist, but it has that same spark, albeit in a much grittier way. Furthermore, it’s tracks like “Haunted” and “Partition,” both noteworthy for having distinct multiple sections within the same track, that not only showcase just how fearless Beyoncé is, but how intuitive an artist she is. The way she’s able to pull off 5 or 6 minute jams that end in completely different places than the started without becoming boring or contrived really puts Justin Timberlake’s 20/20 Experience to shame.

Long story short, Beyoncé gave us the greatest album of her career to date. There are so many brilliant moments packed into the record that are clearly aimed and building a full-fledged experience, as opposed to a launching pad for commerciality. The nature of the release is one that will be studied forever, but it only fuels a project that was already genius on the surface. This record might just be the biggest monkey wrench in pop music history; everything else has come to an abrupt halt. All of the year-end lists out there (including my own) are now shamefully tarnished with glaring omissions. In a matter of minutes, she literally voided out everything we thought we knew about what music looked like in 2013. Queen Bey just us allow us nearly enough time to fully celebrate this impeccable record, but it was all by design; Beyoncé is audible proof that good music will always stand out and surpasses any sort of conformity we’ve deemed necessary. She’s giving us all to embrace the uncomfortable, and we have every reason to trust her. We were gifted a long-overdue shakeup and a “moment” that’s still beyond comprehension for the music world in the present, and it’s clearer than ever that this is truly Beyoncé’s world, and we’re all just living in it. She is now on a new level altogether.