Swedish electronic duo, The Knife, gifted the world with one of the most fascinatingly challenging tracks of the year, and it just so happens to be incredible. “Full Of Fire” is an uncomfortable, but captivating song that has every twist and turn conceivable, including a stunningly deadpan, almost possessed vocal performance from Karin Dreijer Andersson. Better yet, it goes on for over 9 minutes.

“Suit & Tie” was honestly a disappointment at first. Without a “SexyBack”-like spark, and a cut-and-paste rap from Jay-Z, this wasn’t the return we were hoping for from JT, but who would have thought that it was actually slightly ahead of the curve of pop’s strangest musical trend of 2013? The song out of context is a success, though, with fantastic melodies and Justin’s natural charisma in full control. 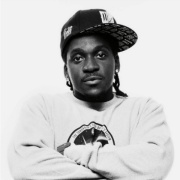 Pusha T’s My Name Is Name LP was a great hip hop moment for 2013, with “Numbers On The Boards” sticking out as its undeniable opus. The track is simple in the kind of way that exemplifies how creative and powerful hip hop can be when all of the excess is stripped away. There’s very little hook to be found, but with intricately laced samples and Pusha’s earnest personality in the driver seat, it doesn’t need one. 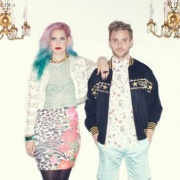 Yet another incredible co-ed alt pop group who made their big breakout this year, MS MR found a way to create their own niche. Their single “Fantasy” is an incredible moment for the duo, dipping in and out of frenzied percussion and intricate nuances that explode into a wall-of-sound chorus. The track has all of the makings of a triumphant anthem, but it brilliantly retreats before it becomes contrived.

By the time HAIM released “The Wire,” it was clear that the three sisters were on the brink of truly “making it.” The track is the perfect pop song in the sense that every twist and turn presents a memorable hook, but, more importantly, that it rejects any expectation top 40 has set. Additionally, the fact that all three girls trade off lead vocal duty truly exemplifies just how many tricks they have up their sleeves. 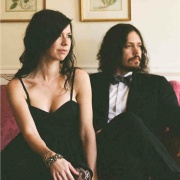 We’re still not sure if The Civil Wars make country music with a classic folksy flair or folk music with a county tinge, but their eponymous sophomore album proves they’re just undeniably awesome. The album’s lead single, “The One That Got Away,” expectedly keeps it simple, but intense, pacing around that small, inter-genre grey area. It’s startling how much density is injected into the otherwise hollow sounding track.

English Electro-R&B duo AlunaGeorge announced their arrival last year with several well-recieved singles, but 2013 marked their proper breakout. Their 2013 single “Attracting Flies” attracted some attention for the pair. The song organically sits right on the fence between soul and electronica with a delicious melody to glue it all together. It’s the kind of pop song that’s honestly too good to be a huge hit. 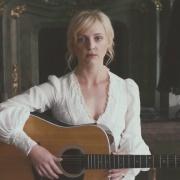 Every epic album has an epic moment, so, therefore, Laura Marling’s Once I Was An Eagle has “Where Can I Go?” The album cut is such a monumental tune that it started getting attention all on its own. The uplifting acoustic pseudo-ballad effortlessly grows into an incredible climax of guitar plucking and heralding organs, but it’s always Marling’s voice and lyrics that command the most attention.

Jake Bugg had an uphill battle following up his incredible debut album. Thankfully, the second second lifted from his sophomoric Shangri-La, “Slumville Sunrise,” proved the young singer-songwriter was far from a one trick pony. The borderline-rockabilly tune is a frenzied folk rock slice of heaven that showcases not only Jake’s unique voice, but his masterful guitar skills. 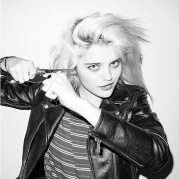 One of 2013’s greatest miracles was the long-awaited release of Sky Ferreira’s debut album. When she unleashed its lead single, “You’re Not The One,” it was instantly clear that she was waiting for the right song at the right moment; this was it. The industrial-tinged electropop song is absolutely epic, highlighting Sky’s ambition to make compelling pop music without boundary. This song lives up to that. 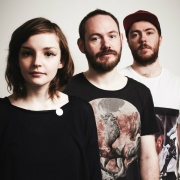 Chvrches were one of the most noteworthy new acts of 2013. The Scottish synthpop trio made series waves with their debut EP, Recover, and its title track. The song is the epitome of where alternative music, especially indie pop, is right now. It’s compiled from an authoritative landscape of synths and heightened melodies, but with real D.I.Y. feel. “Recover” sticks out as original, though, which certainly shouldn’t go unacknowledged. 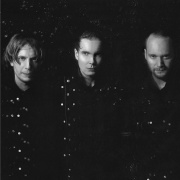 When Icelandic post rockers Sigur Rós released their 7th studio album, Kveikur, even their most dedicated fans were a little taken aback by its aggressive intensity, a left field move compared to the beautiful, sometimes uplifting landscapes they’re so noted for. The record’s title track is their most recent opus, swirling with thundering drums and haunting stings that all come together so masterfully that you’ll never get rid of the chills. 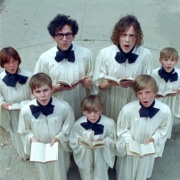 MGMT’s eponymous third studio album is a serious head scratcher on the whole, but its lead single, “Your Life Is A Lie” is really beyond comprehension altogether. The completely circular, overly simplified track riffs on the same motif for just about 2 minutes, and despite how intense and almost terrifying it is, you end up walking away feeling pretty complete and happy. That alone is a serious sign of genius. 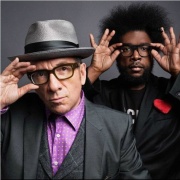 Elvis Costello and The Roots

Most times, unlikely collaborations with mismatched artists tend to not work out so well; Elvis Costello and The Roots is not one of those pairings. “Walk Us Uptown,” the lead single from their Wise Up Ghost LP is a soaring success. The track is the exact musical midpoint between these two acts. It’s funk and soul for the coffee shop crowd, but Costello’s voice alone makes it clear it’s not nearly as mindless.

36. “Don’t Swallow The Cap”
The National

The National’s perfected brand of melancholy indie rock is clearly rooted in acts like The Cure and Nick Cave, but there’s no mistaking their unique position in that lineage. Their single “Don’t Swallow The Cap” exemplifies just how content they are at owning that. The understated track is stunningly poignant, yet remains beautiful and hopeful throughout. This could be the greatest post punk track this side of the 80s.

If there is one pop artist who deserves bigger attention in the commercial realm, it’s Jessie Ware. Her 2013 single “Imagine It Was Us” feels legendary in its organic state of being. Musically, it’s a modern day “Vogue,” but it’s her delicate voice that, when paired with the sultrily danceable backing track, drives the whole thing. This is a pop epic that is so incredibly crafted that it almost transcends genre altogether.

Kanye West has never been afraid of saying pretty much anything that’s ever been on his mind, but you have to love him for it. His “New Slaves” is a rather simple track that plays into his strengths as a songwriter, but, more importantly, an audacious lyricist. It’s the kind of song that, at times, carries itself as an urban party anthem, but it should never be presented in that context. Only Kanye could get away with that slight of hand. 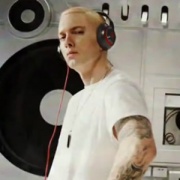 When Eminem announced that his new album was to be called The Marshall Mathers LP 2, we couldn’t help but be a bit cynical. His single “Rap God,” however was able to put us at ease. Whether he’s explaining his controversial hey day, or just simply referencing it, the track is a pleasant reminder of just why Slim Shady has been one of the most compelling forces in the history of hip hop. 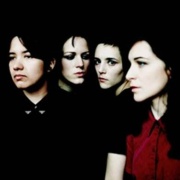 The world has been craving a band like Savages, a fearless foursome of hard rocking chicks, for quite some time now. Their debut album, Silence Yourself is pretty damn flawless, and its lead single “She Will” embodies all of its greatness. The track is authoritative and guitar-heavy, lacking anything resembling a candy coating, but is easy to find a niche in. The bass line alone is enough to blow your mind.

When we first heard “My God Is The Sun,” lead single from Queens Of The Stone Age’s latest LP, …Like Clockwork, it was clear that it was all worth the almost 6 year wait. The group, once again, tackles metal in their own unique way with John Homme’s distinctive, almost crooning vocals pairing brilliantly with the throbbing bass, thundering beat, and intentionally frenzied guitars. The track is ballsy, but without any pretension at all.

There’s something to be said for a song that is so deliciously catchy that it becomes guiltlessly addictive. Fitz & The Tantrums’ “Out Of My League” helps make indie pop just that much more marketable, but you can’t hate them for it. The track is deliriously fun and so well-crafted that anyone with two functioning ears won’t be able to resist its charm. This is one of 2013’s most incredible pop moments by far.

Bastille’s “Pompeii” is one of those cosmic alternative-but-not-really pop tunes that could easily double as both an indie anthem and a top-40 megahit and still not lose one shred of dignity. The delicately illustrated anthem explodes with a chanted tribal hook and a chorus that induces that state of euphoria no drug ever could. “Pompeii” is so intricate and dense that it never really grows old, it only gets better.

We were all really hoping that this year would see the release of Azealia Banks’ highly-anticiapted, long-overdue debut album, but instead she shamelessly continues to whet our appetites. The first proper single lifted from the record, “Yung Rapunxel,” is an intense, intricate, rapid-fire electro-hip hop triumph that showcases Banks’ audacity and fearlessness, but, more importantly, her ability to walk that thin line between genius and insanity.

California alternative rock duo Foxygen made 2013 feel like the Summer of Love all over again with their appropriately titled single, “San Francisco.” The track sounds plucked directly out of ’67; it’s psychedelic, it’s carefree, and it’s beautiful, but oddly enough, it doesn’t feel like a rehash. The song has so much confidence and authenticity injected in it that it’s impossible not to embrace your inner-hippie and indulge. 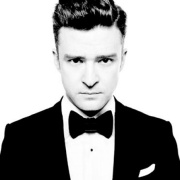 Justin Timberlake had a highly celebrated year in 2013, but it really all boiled down to the fact that we were just glad he was back making music. Both parts of his 20/20 Experience were mixed at best, but “Mirrors” really stood out as an astounding highlight. The 8 minute opus acts as a jubilant foil to “Cry Me A River,” but has that same spark and genius running through it we’ve come to expect from JT.