It’s been over a decade since Britpop legends Suede last released a studio album or a single, so their anticipated reunion was clearly met with open arms. Their comeback single, “It Starts And Ends With You” feels like they never even went away. Between the wall of guitars that hold together the powerful and anthemic melody and Brett Anderson’s iconic vocals, everything just falls right into place.

This year, Lady Gaga faced the first uphill battle in her short, but impressive career, having to make a comeback after a relieving absence from the public eye. Her return was kicked off with “Applause,” the first lifted from her hyped ARTPOP album. The track did little more than justify her position as one of pop’s most important singing, songwriting, and performing machines, but that’s still quite an accomplishment.

Indie pop newcomers Smallpools still have a ways to go before crossing over to a more mainstream appeal, but their debut single, “Dreaming” proves they have what it takes to get there.  The track is an synth-heavy, candy coated pop tune with a soaring chorus and easy to follow melody, and, although it approaches cheesiness, it never quite crosses the line. Whether or not you feel guilty about like it is up to you.

It’s always been a bit of an injustice that Kelly Rowland never saw the same kind of post-Destiny’s Child success Beyoncé. This year, Kelly opened up about her life with her incredible single “Dirty Laundry,” which tackles everything from coping with her jealousy of her former bandmate to surviving an abusive relationship. The track may rely heavily on its lyrical content, but “Dirty Laundry” still has a fantastic melody to keep it interesting.

Australian alternative rockers Atlas Genius made their breakthrough this year with their debut album and hit single “If So.” The track has just the right amount of pop sensibility rounding out its edges to justify a push towards top-40, but it’s doesn’t distract from the song in any way. The melody is catchy and the arrangement is simple, but it’s also apparent that there’s more going on than their cheap tricks.

It’s a bit of a surprise that it’s taken this long for one of the greatest guitarists of all time to release an actual solo album, but Johnny Marr proved that sometimes the wait actually is worth it. The former Smiths member jam-packed his The Messenger LP with incredible tunes, the single “New Town Velocity” sticking out as its clear opus. It’s shocking how beautiful of a melody he can craft in addition to his guitar work.

Jake Bugg’s “What Doesn’t Kill You” was met with mixed feelings, but pretty much anything following his incredible self-titled album was going to be. The track, on the whole, is indeed a success, though, but far more for its familiar qualities. The spitfire, whirlwind of a song rips and roars with his undeniable guitar skills and trademark vocals, allowing room to forget about him plugging in and polishing up his sound.

When one lands Danger Mouse as their producer, it goes without saying that something special is going to happen. Psychedelic rockers Portugal. The Man were lucky enough to have him on board, and their Evil Friends album was expectedly awesome. Probably the most noteworthy cut, “Purple Yellow Red and Blue” exemplified just how brilliant this pairing was with its intricate arrangement and slinky melody.

Although it wasn’t on quite the large scale we would have liked, Destiny’s Child’s reunion activity was an incredible highlight of 2013. Outside of a show-stopping performance at the Super Bowl, Beyoncé, Kelly, and Michelle actually regrouped to record a new track, “Nuclear.” They clearly weren’t shooting for top-40 success with the song, but it’s soulful harmonies and Pharrell-production still resulted in something epic. 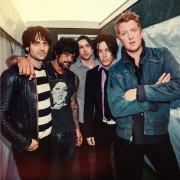 Queens Of The Stone Age

All it takes is one glance over the personnel on “Fairweather Friends” to know that it’s going to be an incredible track. Lifted from Queens Of The Stone Age’s comeback …Like Clockwork LP, the song features none other than Elton John on piano, Dave Grohl on drums, and additional vocals from Trent Reznor. Predictably, the song is beyond epic, and showcases just how important this band actually is.

The legendary Nick Cave & The Bad Seeds have created a unique sound to call their own, but the places they’ve been able to take it continue to be awe inspiring. Their 2013 LP, Push The Sky Away sits amongst their greatest records in their enviable catalog, with its title track sticking out as a masterful opus. “Push The Sky Away” is beautifully sparse and hollow, and hearing Cave’s deep vocals paired with a children choir is astounding.

KT Tunstall’s career never took off the way we’d all hoped for after her incredible debut album, but she’s continued going on making music. This year, she released one of her greatest works to date, “Feel It All.” The tranquil, bluesy track is so smooth and appropriately harmonized that Ms. Tunstall’s delicate nuances, both vocally and on guitar, only escalate its quality. The melody alone is pure perfection. 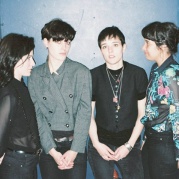 What makes the opening track to Savage’s debut LP, Silence Yourself, so great is how you know it’s something epic within seconds of the band kicking in. When that bass line comes throbbing through, it’s clear that the group not only means serious business, but that these ladies are the real deal. Naturally, “Shut Up” grows into something of anthemic proportion, but its rawness remains its most endearing quality throughout. 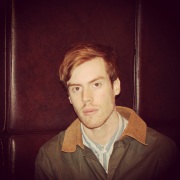 Dream pop mastermind Jack Tatum, better known as Wild Nothing, followed up his astonishing Nocturne album with a ante-upping EP, Empty Estate, this year. The cornerstone to the release was without a doubt “A Dancing Shell,” a synthesized funk track that layers a part-spoken melody on top of a stacked bass groove and orchestral-like landscape of keys. How it all comes together so nicely is truly a mystery.

Blood Orange, the most recent moniker for well-rounded artist Dev Hynes, really declared 2013 as his year. The second single lifted from his incredible Cupid Deluxe album, “You’re Not Good Enough” showcased just why so many artists want him in their corner these days. It harks back to some of Prince’s most playful material, and  is reminiscent of Solange’s “Losing You” (which he helped to craft,) and those are both major  compliments. 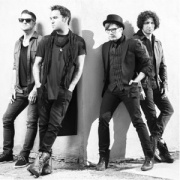 The highly anticipated reunion of Fall Out Boy in 2013 far from disappointed on pretty much any level. Their true-to-form lengthily titled “My Songs Know What You Did In The Dark (Light Em Up)” single was certainly as anthemic as we’d hoped for, but it was by no means a rehash of the pop punk anthems of years past. The track is a big and powerful wall of sound that feels like one giant sports highlight reel, and it is awesome. 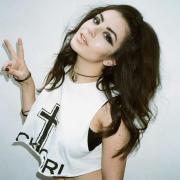 Most of the attention Charli XCX got this year spawned from “I Love It,” the mega hit she penned for Icona Pop, but the English electropop artist did in fact release some music of her own. Her single “You (Ha Ha Ha)” was actually far more interesting than “I Love It,” and despite never receiving as much commercial attention, if anything, she showcased her innate pop sensibility that will hopefully carry her far in the future.

Everything about indie newcomers A Great Big World’s hit “Say Something” was a surprise. While the original version made little headway, it was when they added Christina Aguilera to the mix that it gained some attention. The beautiful, piano driven ballad is great in its own right, but Christina’s rare restrained vocal performance actually steals the show here, proving she’s still a dynamic artist when she wants to be. 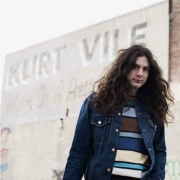 Alternative rocker Kurt Vile released his fifth studio album, Walkin’ On A Pretty Daze, in 2013 to much acclaim. The record’s key cut, “KV Crimes” really stood out as an anthem for the artist. Built around a simple, but solid riff infused with a healthy dose of Americana, it’s really Kurt’s lyrics that secretly drive the whole thing. There’s nothing complicated about the track, but when you have an artist who knows what he’s doing, that doesn’t matter.

The lead single taken from The National’s outstanding 2013 album, Trouble Will Find Me, “Demons” may be both uncomfortable and haunting, but it is undeniably beautiful. The track sees frontman Matt Berninger reach the depths of his trademark bass vocals, but he has complete command over the stunning melody throughout. Pair that with an intricate and alluring landscape of instrumentation, and you have yourself a masterpiece. 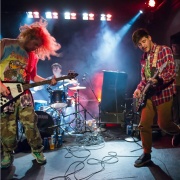 Modern surf rockers Wavves released one of alternative music’s most under-championed albums this year, Afraid Of Heights. It’s key cut, “Demon To Lean On” harks back to Weezer’s early material, but is far from being a carbon copy. With the right amount of power pop injected right in the middle to beef it up, the track is big and anthemic, but appropriately retreats before it becomes too contrived or cliché.

There’s something undeniably compelling about Tyler, The Creator, but I’m not sure if anyone has yet to put their finger on just what that is. His single “Domo23,” the first from his pretty awesome Wolf LP, pretty much sums up why we can’t seem to let the rapper stray too far. His lyrics are so off the wall that the “brilliant” or “stupid” argument is valid, but, on the whole, the track is impeccably crafted, and you have to give it up for him. 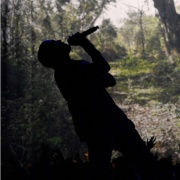 Kanye West’s “Blood On The Leaves” was the anomaly on his impeccable Yeezus LP in the sense that it was actually decipherable, but it remained equally as bold. The track samples Nina Simone’s version of the borderline scared “Strange Fruit,” but he manages to get away with it. Tackling themes of mistrust and betrayal. it’s Kanye’s intuition and audacity that makes this one a beautiful success. 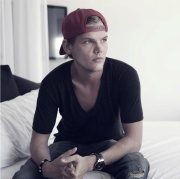 2013 saw Avicii’s official welcome into the top-40, but with a song like “Wake Me Up,” it’s no surprise why. While EDM is clearly a major driving force in music these days, the DJ fearlessly took it somewhere a little different by folding in another trendy genre, folk rock. Usually these fusions don’t tend to work, but with a soulful vocal from Aloe Black, everything comes together so magically that it was impossible to ignore.

There’s certainly no doubt that Depeche Mode are still an incredible force to be reckoned with. The usually-classified-as-synthpop legends proved once again that they have a fearless and boundless range to their repertoire with their single “Heaven.” The track is infused with blues influence not dissimilar to their legendary hit “Personal Jesus,” with a challenging melody that compels us to keep on listening.